2014 was one of the best year of my life. I’ve had some super happy moments, some happy tears, some beautiful memories and a professional kick start to my passion. But the best thing about this year was the lessons I learnt. I made major blunders, and those turned into the best lessons of life for me.

So today, on the last day of this beautiful year, I sit back with a cup of chamomile tea, and look back at the super awesome memories I had in 2014.

This year started with a brilliant holiday in Gujarat; I got my first photography assignment; I cleared all my exams with a decent score; had a humongous fight with my best friend; learnt not to make rash decisions; bought a new camera; my cousin got engaged; we had a tiny new buddle of joy added to our family tree; my parents celebrated their 25th anniversary; and I had the most fun experience of doing a pre wedding shoot with a couple who is now like family to me.

Even though I had my fair share of drama and depression this year as well, but overall I’ve realized that when you just let everything go and not try to plan or control every freaking aspect of your life, you tend to be more prepared for any surprise that life might throw at you.

So this year, I’ve decided not to make any resolutions of try and plan the entire year in advance. I’ll take anything that life brings me and make the best of it.

I mean yes, I’ll make plans and everything, but I won’t be heartbroken on something that didn’t happen.

I promise to myself that from now on I won’t stop being crazy just because it makes people think I’m…well crazy!

This year I’ll make peace with the freaky me, because I know that no matter what, the best is yet to be.

I’ve reached the beautiful state of Gujarat this morning spending Christmas Eve in a train.

I personally love train journey’s. But air travel being so convenient and affordable, train travel has become a luxury for me. Any body who has ever been to India and has travelled by the Indian railways would agree with me that it is an experience in itself.

Our booking was in the sleeper class in a what we call the 2nd AC. It means that there would be two parallel berths one above the other and you can travel comfortably and sleep. Though we had booked our tickets two months in advance, we were stuck in the waiting list.

The Indian railways makes a chart two hours before the departure of the train and that is when you come two know of your fate in the train. We were given just two berths. The meals would be provided for all four of us, but the berths were just two. We were pretty bummed out after we saw the list but we were assured by everyone around us that we would get the other two berths if we just try and convince the ticket checker.

So we went to the railway station and got into the train. We were served soup before the ticket checker arrived. My dad convinced him to give us one more berth. So four people, three berths.

The next thing we did was to convince somebody in our compartment to see if they could adjust somehow. And that is when a group of college students came forward and offered us one of their berth because they did’nt plan to sleep all night.

We were just lucky to get that extra berth. Believe me, people guard their berths as if their lives depended on them. And getting that one berth is like winning a lottery.

With our suitcases locked and secured we tried to get comfortable in our berths. I repeat, we tried.

Because we got corridor berths and they are smaller and narrower that the normal berths. So my dad, who is larger than an average person found it really difficult to fit comfortably into it. My mom and sister slept peacefully all night.
I on the other hand was up nearly all night. I can never sleep in trains. I’m always too excited to get any sleep. Also there was a baby in the adjacent berth who swore to cry every time I fell asleep. I really pity his mom. The poor woman kept trying to get him to sleep. And to say nothing of the stations that kept coming and the people that kept boarding and de boarding the train. To say that they were loud is an understatement.

So all. I could do was to get out my headphones and listen to my favourite music all night. I did managed some eye shut period in between.

The train stewards woke up everyone at 6 in the morning with bed tea before we reached a major station. Two hours later after I had hogged down the breakfast I finally fell asleep for like 40 minutes before the speaker in the train loudly announced in three languages that we had reached Ahmedabad. And my journey to one of the most colourful states of India began.

Yay!! It’s my best friends birthday! And though we all have a work day today (which totally suck) I hope she has a smashing day and a wonderful life ahead. May you get all the success in life and the best of all things nice!

You are one of the best things that has happened to me. Have a lovely year ahead. 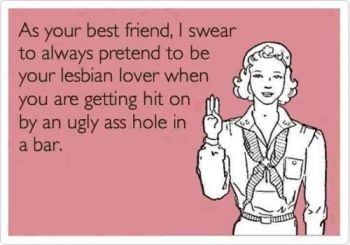